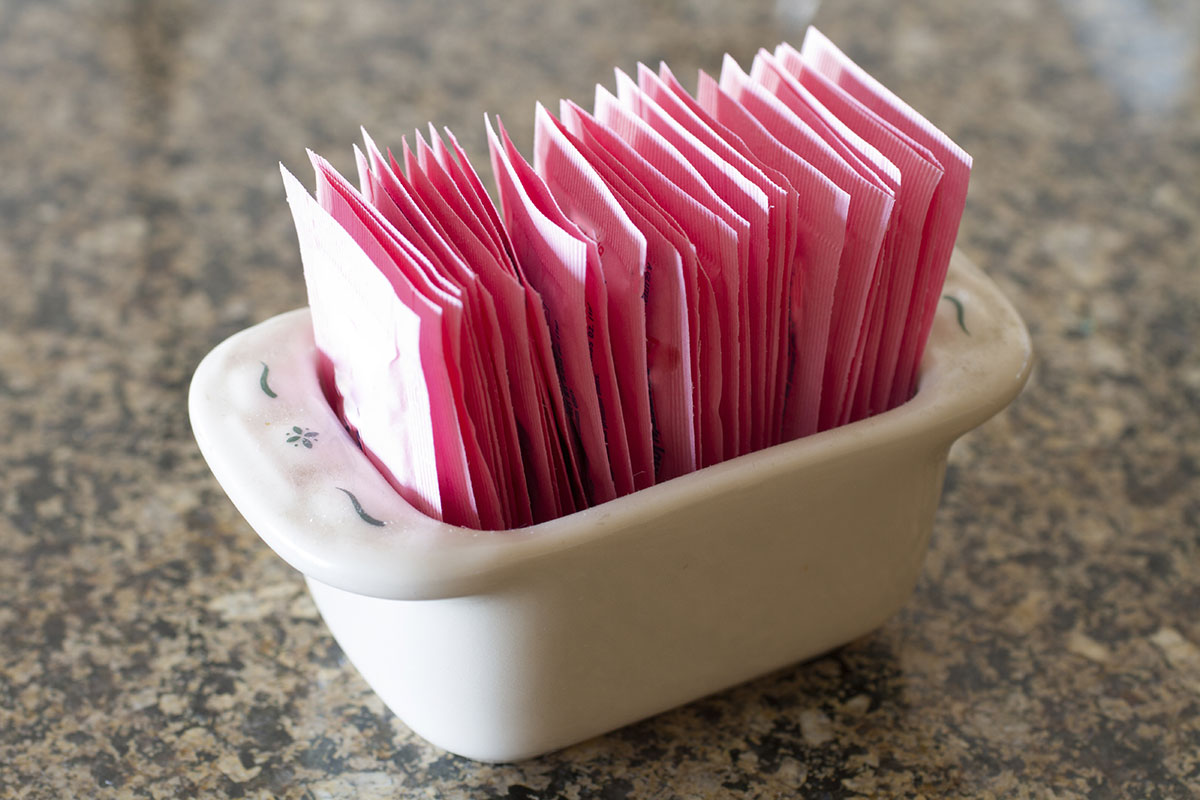 Artificial Sweeteners are deemed safe for consumption by the FDA, but bottom line is, FDA is looking at their bottom line, you need to be your own advocate and then make the decision that is best for you. Here are the different types of artificial sweeteners and what they have been linked to:

This is also known as equal (the blue packet). When aspartame gets heated up to your body's temperature (or if it has been sitting in a hot warehouse) it converts into formaldehyde. This is a known carcinogen (cancer causing), what they use to preserve dead bodies with, and why you can't get the good keratin in your hair anymore. Side effects reported include: headaches, memory loss, arthritis, nausea, fibromyalgia, depression, IBS, brain tumors, weight gain, neurological disorders and seizures. One of it's ingredients aspartic acid as well as phenylanaine (which your body produces enough of naturally), impacts the brain and central nervous system linking it to neurological illness and mood disorders.

If you took note, they don't play the commercials with their famous slogan "Made from sugar, so it tastes like sugar" they actually found this to be incredibly misleading to the consumer and halted the commercials. There are significant amounts of chlorine in Splenda. Science buffs are thinking, but what about sodium chloride? Salt contains chlorine as well! This is true, but it is a different kind. This type of chlorine actually chemically looks very similar to DDT, a banned pesticide. A recent study also found that Splenda reduced the amount of healthy bacteria in the intestinal tract which leads to poor digestion. Splenda also reduces the effectiveness of prescription drugs because of it's negative impact on digestion.

Aceslulfame-K: Linked to development of multiple cancers in lab rats

Stevia and Monk Fruit are the safest non caloric sweeteners on the market. When it comes to sugar, a packet it only going to set you back 20 calories. Stick to natural, your body was designed for it!